Gene Therapy for Cystic Fibrosis Shows Some Promise in Study 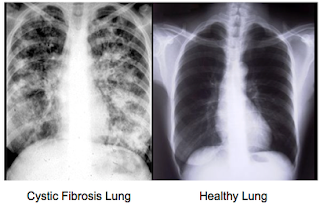 For the first time in years, gene therapy for cystic fibrosis has been seen to show slight, significant benefits for lung function. Cystic fibrosis is a rare, inherited respiratory disease that is caused by mutations in a gene called cystic fibrosis transmembrane conductance regulator, (CFTR). The condition affects over 90,000 people around the world. During a randomized trial, patients inhaled molecules of DNA that aimed to replace the defective gene responsible for cystic fibrosis with a healthy, working copy of the gene in the lungs. It had been seen that through the study, there was a slight benefit from the tests of lung function compared with the placebo group. Scientists that are working to develop treatments for CF have identified about 2,000 mutations to the CFTR gene that cause a lining of the lungs to ooze very thick mucus. This results in serious lung infections that damage the lungs and may cause deaths to some who are infected with the disease.

Another study that had been conducted was a two-year study involving 136 British cystic fibrosis patients ages 12 and older. Throughout a year, these patients were randomly assigned to receive either the gene therapy or a placebo at monthly intervals. After one year, the measure of lung function of the patients who received the gene therapy was 3.7 perfect greater than those who received the placebo. Scientists said the new results are encouraging, but the therapy should be tried. Doctor Decelie-Germana had stated, "It will also be important to study this gene therapy in other countries, since different patients are known to have different gene mutations". Although gene therapy for cystic fibrosis did show slight benefits on lung functions, it is not promised. I believe the gene therapy should not be used on everyone because some patients respond better than others and still needs more research before everyone is eligible to use it. In my opinion, the gene therapy needs more evolution in labs before it is available to the public and used on multiple people.

Posted by Daria Cojocaru at 1:28 PM