Does being a twin enhance exersise? 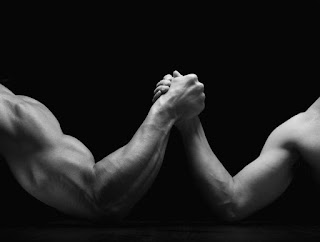 Identical twins found in Finland, who shared the same sports and other physical activities as children grew up to have a different level of exercise in their diets as adults. They soon developed different bodies and brains. This is according to a new study that identifies the way exercise shapes our health, even in identical twins. These epidemiological studies  cannot prove that exercise causes health changes. The study can only prove that people who exercise tend to be healthier than those who do not. Genetics is a controversial subject when it comes to exercise. "Genes affect our innate endurance capacity, how well we respond to different types of exercise, and whether we enjoy working out at all". Childhood and the environments around each individual plays a huge roll in the development as well. Identical twins have become valuable in a way that scientist can study the different effects that one twin has that the other may not, including there exercise habits. By definition they have the same DNA. They also had similar upbringing. In a way the twins can provide a way to study the effects of changes in lifestyle among people with the same genes and pasts. "Some past studies had found that older identical twins whose workout habits had diverged over the years tended to age differently, with greater risks of poor health and early death among the sedentary twin". No studies had looked at young twins. This new study, with the twins from Finlad has an extensive FinnTwin16 database. This database holds twins’ answers to questionnaires about their health and medical conditions. This was started at the age of 16.  Reaserchers  found 10 pairs of male identical twins, one of whom regularly exercised, while the other did not. The non similar traits in there health and diet began the past three years according to the twins themselves. The scientists measured each young man’s endurance capacity, body composition and insulin sensitivity, to determine their fitness and metabolic health while also taking a brain scan. Then they compared the twins’ results. "It turned out that these genetically identical twins looked surprisingly different beneath the skin and skull. The sedentary twins had lower endurance capacities, higher body fat percentages, and signs of insulin resistance, signaling the onset of metabolic problems".  The differences in the young men’s bodies and brains had developed during their  years of workouts, and affected their health. Dr. Kujala said he believes that the results strongly imply that the differences in the twin’s exercise habits caused the differences in their bodies. Genetics and environment are not destiny when it comes to exercise habits. These twins, their genes and childhoods pushed them toward exercising regularly or not exercising at all, one of the pair overcame that legacy and did the opposite.
Posted by Unknown at 9:12 PM

Email ThisBlogThis!Share to TwitterShare to FacebookShare to Pinterest
Labels: http://well.blogs.nytimes.com/2015/03/04/one-twin-exercises-the-other-doesnt/