Discovery of a Blindness Gene 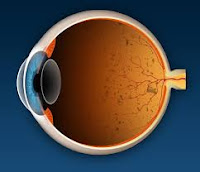 Within the past two decades, scientists have successfully identified and isolated a revolutionary gene--a gene that contributes to blindness. This defective gene, known as RP3, resides on the X chromosome, and the blindness trait is mostly expressed in young men. The normal function of this gene is not yet fully known; however, mutations in RP3 are known to result in retinitis pigmentosa disease and blindness. Retinitis pigmentosa is defined as a hereditary eye disease that causes degeneration of the retinal cells. 70% of all cases of retinitis pigmentosa are linked back to the mutated RP3 gene.

RP3 affects mostly men, causing them to become blind by the age of thirty. Symptoms develop in early childhood. If a boy has trouble seeing anything at night or begins to see with tunnel vision, this indicates a possibility the individual contains a defected RP3 gene. Keep an eye on your young male children.

I am amazed at the discovery of RP3. An average of 1 in 2000 people suffer from blindness; and since the gene, a major cause, has been discovered, a treatment may be devised within the upcoming years. For now, scientists can only genetically determine an individual's susceptibility.

Other Article: Diseases and Conditions