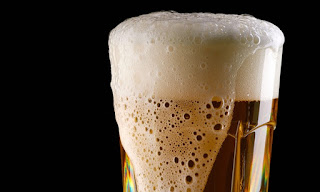 Scientists have identified a possible cause of what makes some people more impulsive when under the influence of alcohol. As currently only discovered in Finland, 2.2% of the population, nearly 100,000 people, contain a mutation in their DNA that interferes with the HTR2B gene function. HTR2B gene promotes the development of serotonin receptors in the brain, which play a crucial role in decision making and self control. Therefore, when containing the mutation and under the influence of alcohol (an OH-group), a person's serotonin receptors are not functioning properly, contributing to impulsive behavior. The individuals with this mutation more likely get into fights, have impulsive sex, drink and drive, and participate in other harmful and violent acts.

To further explain this research, Rooke Tikkanen, a psychiatrist, conducted an experiment. Tikkanen examined 14 individuals with the mutation and 156 controls without the mutation. The amounts of alcohol each person received was monitored, and no one was an alcoholic. After giving the individuals alcohol, the ones with the mutation acted more impulsively, and the others mostly did not. Some results may also be effected by a person's natural behavior and environmental upbringing, but the results still show us something. Alcohol hinders some people's serotonin receptors.

I think this study is very interesting. I have often wondered why some people are more likely to become alcoholics after a couple drinks and why some people respond to alcohol with such impulsivity. I am not entirely convinced that impulsivity, when under the influence of alcohol, may be a result of a mutation in humankind's DNA. There are several factors to consider in these cases, such as pre-existing personal behavior, environmental upbringing, and other biological factors. However, the HTR2B gene seems very interesting, and I want to know more about it.


Main Article: Gene Mutation linked to Impulsivity when under Alcohol