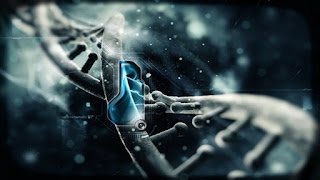 For the first time, gene editing has saved a little girl's life. Layla, a one-year-old girl who was dying from leukemia, was treated with an experimental form of gene therapy using genetically engineered immune cells from a donor after all other conventional treatments had failed. Normally, immune cells from the patient's body are removed, genetically altered to attack the cancerous cells, and placed back into the body. In Layla's case, she did not have enough T-cells (cells that are part of the immune system) left after cancer treatments, so a donor's cells were needed.

If a donor's T-cells are not perfectly matched, they will recognize all cells of the recipient's body as foreign. To prevent this, the team responsible for the genetic editing disabled the gene in the donor's cells that makes the receptor that allows the T-cells to recognize foreign cells, therefore eliminating this problem. Another issue to overcome is that one of the drugs (an antibody) given to cancer patients to destroy their immune system will also destroy the donor's T-cells. To counter this, the genetics team also disabled another gene in the donor's T-cells, which made them invisible to the antibody drug.

The method used to disable genes can sometimes make cuts in the wrong places, which carries a small risk of causing adverse effects such as turning cells cancerous. However, Layla was given a second bone marrow transplant to restore her own immune system after three months, and these healthy immune cells recognized the donor's cells as foreign and destroyed them. Now, she no longer has any genetically modified cells in her body.

This is an amazing step forward in the fields of genetics as it relates to medicine. Clinical trials are underway in many countries using these methods, and hopefully it will lead to a permanent treatment of many different kinds of cancers.
Posted by Jennafir Ernst at 7:15 PM