Does Level of Education Alone Account for a Healthier Lifestyle? 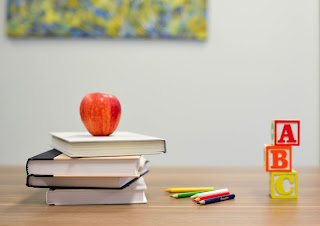 Photo by Element5 Digital on Unsplash

A major study, focused on the genetic dimensions influencing how health-conscious a life we live and the level of educational attainment individuals reach, found genetic variants actually link these two aspects of peoples lives. Professor Heribert Schunkert of Technical University of Munich (TUM) and his team of researchers studied single nucleotide polymorphism's (SNPs). SNPs are small variations in genetic code believed to be linked to, and link together particular traits which influence certain abilities responsible for both level of school attainment and health risks, such as cardiovascular disease. The team studied 74 SNPs which, based on previous studies, positively sways the length of schooling completed. In addition, they researched data from a large pool of patients (13,000 diagnosed with Cardiovascular disease and 14,000 control group) and found that the less genetic variants, positively associated with the level of educational attainment a person had, the higher their risk of developing cardiovascular disease was. A second study done with 500,000 people and including 1,000 SNPs found that the inverse was also true. The greater amounts of these genetic variants which positively influence the level of educational attainment, the lower the risks of heart attacks. To test how strong an influence existed between these two factors and to what degree genetics effects these things and connected them, they did a statistical analysis which then led to the conclusion that the association between the genetic variants and heart disease was indeed noteworthy. In conclusion, education alone does not account for a healthier lifestyle, genetics also plays a big role in how healthy a life we lead.

Living Healthy is certainly an important topic, particularly for Americans who, for obvious reasons, are known, across the developed world, to live less than healthy lifestyles. I knew that our infamous fast food, high in saturated fats, excess meats, and high in sugar diets were to blame, in part. However, this article,  not only brought to light that education was another important factor that determines how health conscious a person lives, it also revealed how our biology (genes) plays a significant role in both, education and health. All to say, that attaining higher levels of education alone will not 100% guarantee a life free of health risks. Living a healthy life is about making a conscientious effort everyday, despite our level of education because it might be that someone was able to attain a high level of education, but still be predisposed to certain health risks due to genetic makeup.

Posted by Miguel Barriera at 5:47 PM