Famine and Disease may have Driven Ancient Europeans’ Lactose Tolerance 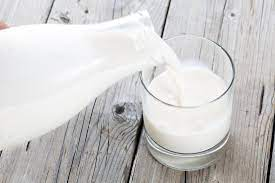 Scientists have used DNA from fat samples in archaeological sites to determine that Ancient Europeans evolved a gene that allowed them to digest lactose, a sugar that is found in milk. There were many famines around 9,000 years ago, but it took Europeans a few thousand years to evolve the gene for lactose tolerance. Drinking milk was a way for people to get their nutrients when crops failed in famines. A common symptom of lactose intolerance is diarrhea. Since medicine was not advanced during this time, people that could not digest lactose suffered from diarrhea, which led to dehydration, which could lead to death.

Scientists extracted 1,800 samples of ancient European and Asian DNA. They found a gene from about 6,000 years ago that improved the function of lactase, the enzyme responsible for digesting lactose. This gene wasn’t common until about 3,000 years ago. In times where there were famines and diseases, there were more traces of the genes for increased function of lactase.

If someone is lactose intolerant, drinking a lot of milk will not suddenly make them able to digest lactose. Their situation would be worse, and they would get sicker. I think that since Pasteurization was not performed on milk at the time, people drinking milk also could have been drinking harmful bacteria and getting sick from that. This could have also caused deaths, whether someone had a lactose tolerant gene or not. It doesn’t make a lot of sense to me how these people survived. Medicine was not advanced at that point in history, and consuming bacteria was deadly.

Posted by Amanda Anzaldo at 2:46 PM