Does Moderate Drinking Protect Your Heart? 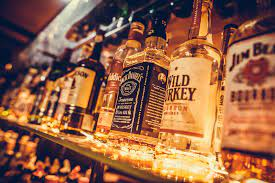 Gina Kolata speaks with cardiologists from the Cleveland Clinic and another from Massachusetts General Hospital regarding a paper published in JAMA Network Open which suggests that as alcohol consumption increased the risk for heart disease did as well. The study was conducted using the medical data of over 400,00 people who are participants in the U.K. Biobank. The average age of the participants was about 57 and consumed about 9 drinks a week. The researchers found that those who consumed less alcohol per week had other characteristics that decreased their risk for heart disease like weighing less and exercising more often than those who consumed higher amounts of alcohol and those that didn't drink at all.

To differentiate between whether alcohol consumption had an effect on the heart or other habits, behaviors, and characteristics that had an effect on the heart, researchers used Mendelian randomization. Researchers found that there were certain genetic variants that could predispose people to heavier or lighter drinking. These variants are randomly distributed throughout the population. This way, researchers can ask whether or not those with these variants that are linked to higher alcohol consumption are more likely to experience heart diseases.

Conclusively, the study found that moderate drinking had no effect on heart disease. I found this article interesting because the method of Mendelian randomization was used to study variants that could potentially cause people to drink more or less per week. Because these variants are randomly distributed, it is more effective. This was an important factor in terms of completing the study as it involved measuring how much people drank per week. To use genetics to provide reason for why individuals drink more or less than others was an interesting approach.