Ancestry will tell you which genetics came from which parent 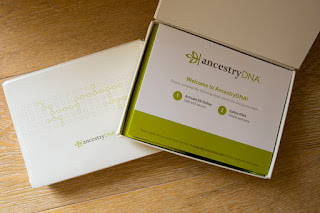 Ancestry, a consumer genetics and genealogy company, has introduced SideView, a new feature that will tell users which elements of their DNA and ethnicity they acquired from each parent. This is a first in the business, according to Ancestry, because the tool can accomplish it without genetic data from the parents. According to an Ancestry scientific article outlining the technique, because the database is predominantly made up of people with European ancestry, the function is less accurate for users with ancestry from other regions of the world. Blind spots in genomic databases and genetic research in general have long existed around persons of color. Ancestry's DNA tests, which link your genetics to a certain ethnicity, are frequently chastised for providing an inadequate image of what genetic heritage actually entails and equating ancestry with race.

Customers will be able to see which side of the family particular aspects of their ethnicity came from at first with the SideView function. "Did your German ancestors originate from the German side of the family?" Where did you learn French? "And so on," says Barry Starr, Ancestry's director of scientific communications. It will eventually allow consumers to see which side of the family any Ancestry-identified relatives come from. People will be able to track their family history and create family trees more easily as a result. This opens up a lot of possibilities for new features and research, which I believe is extremely exciting.

Posted by Bryan Lapsiwala at 8:19 PM