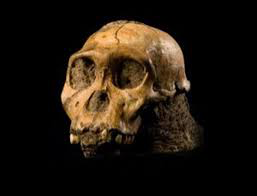 Researchers discovered evidence that as recently as 20,000 years ago members of regional ancient African tribes would travel between regional tribes in search of mates. The discovery was made on the backs of archeological discovers of common types of stone and bone toolmaking as well as other archeologically identifiable cultural behaviors that were present among African tribes in completely different regions. Based on comparisons to current human DNA from modern day Africans, it can be assumed that hunter-gatherers from ancient tribes in the same three parts of Africa. The timeline of the interregional traveling can be explained by the peak of the last ice age, which would have reduced the habitable areas for humans.

This discovery was made more difficult by the regional patterns of Africans approximately 2,000 years ago, who migrated from east to southern Africa. The  DNA used for this discover was from the bones of ancient individuals who were estimated to have lived about 18,000 to 5,000 years ago. Calculations of the genetic variation in present day African groups were used as a benchmark for the ancestry patterns in the ancient DNA.