In the biggest study of Alzheimer's disease genetic risk to date, researchers discovered an additional 42 genes linked to the disease's development. The study has been going on for 30 years now, as said by co-author Julie Williams, center director at the UK Dementia Research Institute at Cardiff University. She also added that smoking, exercise, and diet are all factors that impact the development of Alzheimer's disease, and taking steps to address them now is a good strategy to reduce our risk. However, Williams also said "60-80% of disease risk is based on our genetics and therefore we must continue to seek out the biological causes and develop much-needed treatments for the millions of people affected worldwide." Apart from the well-known APOE e4 gene and the production of amyloid-beta and tau, two signature proteins that pile up in the brain with disastrous consequences as Alzheimer's progress, the previously unknown genes suggest new pathways for disease progression. According to the study, a number of the newly discovered genes are involved in highly complex interactions between proteins in the body that determine how inflammation and the immune system might harm brain cells. This discovery will provide scientists with new targets for treatments, drugs, and lifestyle modifications that could help people avoid developing this fatal brain disease. The genomes of 111,326 people with clinically diagnosed Alzheimer's disease were compared to genes from 677,663 cognitively healthy people in a global study. Data was taken from clinics from over 15 European Union countries, as well as the United States and more. The study found 75 genes associated with an increased risk of Alzheimer's disease, 33 of which were previously unknown. It also backed up years of research into the roles of amyloid-beta and tau in Alzheimer's disease. Many of the 42 identified genes linked to Alzheimer's disease clustered into numerous suggested but unverified disease development pathways. One of the main pathways that are being suggested is the immune system, which is designed to defend us from germs. LUBAC, an immunological regulator required by the body to activate genes and prevent cell death, was linked to a number of genes. Microglia, immune cells in the brain entrusted with clearing away damaged neurons also play a vital role in persons with Alzheimer's disease, according to the study. According to the study, genes linked to inflammation are another important pathway. Inflammation is a defense mechanism used by the body to eliminate germs, but it also helps to remove damaged cells. With more additional studies, it was found that Alzheimer's could be a multifactorial disease, made up of different types of pathogens. Another important finding of the study was that neurodegenerative diseases including Parkinson's, frontotemporal dementia, Lewy body disease, and amyotrophic lateral sclerosis may share the same genetic origin, implying that there is a continuum between them. The authors of the study devised a new scoring method to estimate the risk of Alzheimer's disease as a result of obtaining a more thorough picture of hereditary risk. This would change the future, as scientist will be able to locate, Alzheimers in a patients, and find ways to stop, or even narrow the disease down before it taking over the body. 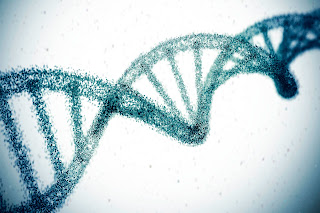 Posted by Bryan Lapsiwala at 1:11 PM