The family with no fingerprints 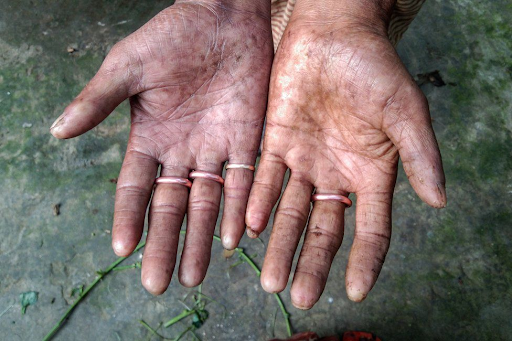 The microscopic grooves that swirl around our fingertips, formally known as dermatoglyphs, have become the world's most acquired biometric data throughout the decades. From getting through airports to voting and using our devices, we rely on these. According to the article, Apu, 22, currently resides in a village in Rajshahi's northern district. Until recently, he worked as a medical assistant. His grandfather and father were both farmers. The men in Apu's family appear to share a genetic abnormality that affects just a small number of families worldwide: they don't have fingerprints. Bangladesh adopted National ID cards for all adults in 2008, when Apu was still a child, and the database required a thumbprint. Employees were stumped as to how to send a card to Apu's father, Amal Sarker. Finally, he got a card with the words "NO FINGERPRINT" written on it. Adermatoglyphia is a rare disorder that is thought to affect the Sarker family. It was initially made public in 2007 when Peter Itin, a Swiss dermatologist, was contacted by a lady in her late twenties who was experiencing difficulty entering the United States. Although her face matched the photo on her passport, customs authorities were unable to obtain any fingerprints. She didn't have any because she didn't have any. In 2011, the researchers pinpointed SMARCAD1, a gene that was altered in all nine printless family members, as the cause of the unusual condition. At the time, very nothing was known about the gene. Apart from the affects on the hands, the mutation did not appear to create any other health problems. Unfortunately, the disease of immigration delay can afflict multiple generations of a family. Rather than adapting to suit the affected Sarkers, society appears to be becoming increasingly ungainly for them. Amal Sarker claimed he had a happy life for the most part, but he felt sorry for his children.

Posted by Bianca Gamadia at 4:39 PM