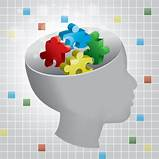 An old therapy for African Sleeping Sickness has been found to reverse symptoms of Autism in mice.

Studies show 20% of these factors in Autism are genetic, whereas 80% are not.

A cells "danger response" is present in Autism individuals as there is less communication between cells.  This can cause permanent damage and includes a delayed neurodevelopment in children.

The drug is called Suramin and has been used since 1916.  This drug halted the danger response in Autistic mice.  This drug blocks the ATP signaling pathway.  The cells and metabolism and the Autism-like behaviors were corrected.

Although the results are not permanent and typically lasted for 5 weeks in the mice.  It is also not recommended to be considered for long-term use as anemia and adrenal gland dysfunction may occur.

Despite these factors, doctors will be running a trial on its effects on children with ASD.

Posted by Casey Mulraney at 6:16 PM