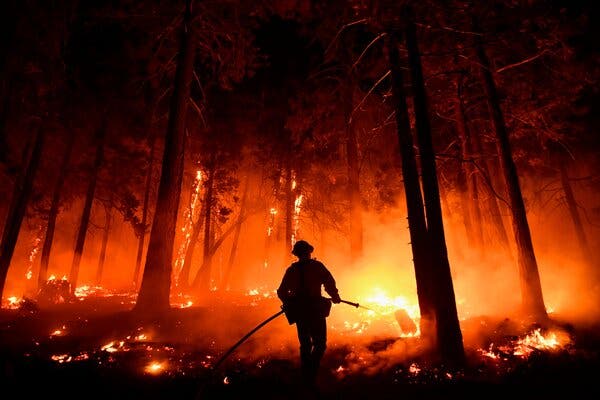 Thirty-nine year old Justin Andrew Wilke was convicted in Washington state for unlawfully harvesting and selling trees from a restricted wooded area.  Wilke claimed that the trees he sold to a local sawmill were harvested legally from private property on a permit that was valid, but geneticist Richard Cronn from the U.S. Forest Service testified otherwise.  He claimed that the DNA of the trees that were sold to the sawmill matched that of three different trees that had all been pouched.

Wilkes and his tree pouching crew encountered a wasp nest at the base of a maple tree they wanted to pouch, so they illegibly set the nest of fire using insecticide and gasoline.  This fire got out of control and started a 5.2 square mile wildfire, which costed the state of Washington $4.2 million in firefighting efforts, earning the name "Maple Fire".  During the 2020 season, a minimum of 273,000 acres of land have burnt across the state.  A minimum of 61.8% of these wildfires were started by humans, while only less than 40% were caused by natural causes such as lightning, which is an important issue that needs to be stopped.

While being convicted, the charge of arson on Wilkes for starting the wildfire did not get convicted, as arson is one of the most difficult crimes to prove, so luckily for genetics and tree DNA taken from the trees Wilkes pouched, he is being sentenced to up to 10 years in prison.  This was the first time that tree DNA was ever used in a federal trial to convict a suspect.  This is just the beginning of the positive traits of genetics being used in the court room and it shows that genetics is evolving and getting used more for law enforcement purposes over time.

Posted by Andrew Ludman at 4:40 PM