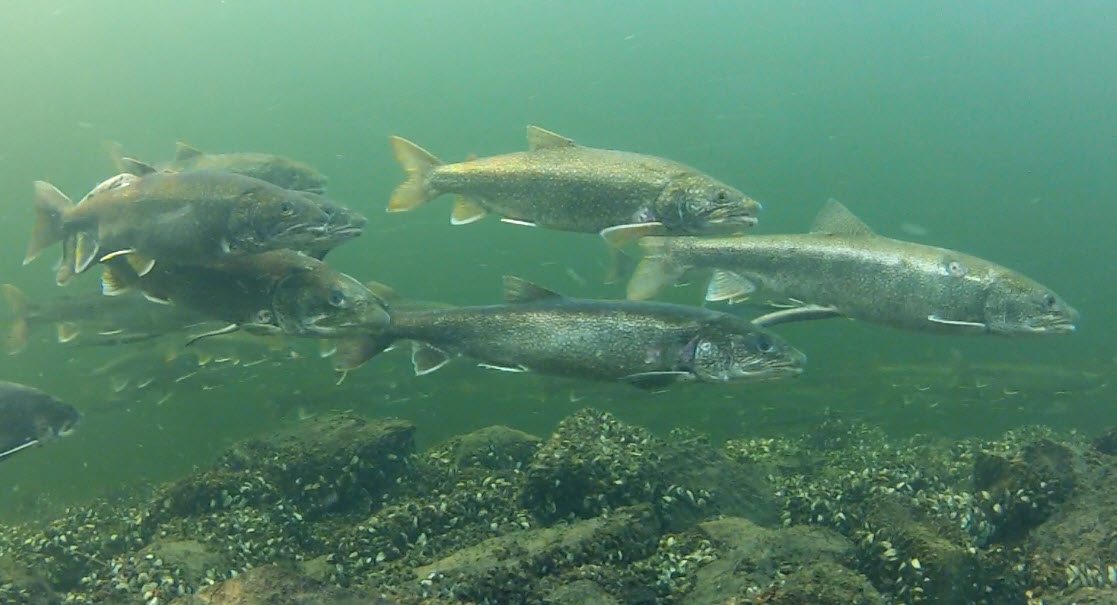 A team of scientists have been tracking down lake trout with the intentions of restoring their population to the numbers it used to be.  They reported the lower population of lake trout to be due to overfishing of the species from the fishermen, and pollution in the water, causing it to be harder for the fish to survive.  The biggest result of their lowering population that was discovered are the sea lampreys.

Sea lampreys are a parasite that are similar to an eel, that attach to a fish host, which is very commonly the lake trout.  Once they attach to the lake trout, they use their sucker-like mouths to pull blood and tissue fluids out of the fish.  This weakens the fish and can cause infections, leaving the survival percentage of a fish that encountered a sea lamprey only at 45%-75%.  A poison has been developed by the scientists and is applied to rivers where the sea lampreys are known to spawn, which works well in keeping them under control.  All of the great lakes are still being continued to be shocked for sea lampreys to keep them in check also, except for Lake Superior, where the lake trout has already made a tremendous comeback.

The team of researchers created a reference genome for the lake trout, which will help tell how they evolved so far and what special traits were caused by different geographical locations. It will help determine things such as what traits were developed by deep water, what was from shallow water, and so on.  This is also helpful for the biologists that stock lakes every year, because it will help them to be able to stock the lake with trout that will most closely fit with the native lake trout already there.

This research is hhttps://www.usnews.com/news/us/articles/2021-08-24/genetic-mapping-boosts-hopes-for-restoring-prized-lake-trout elpful because it gives a reference genome for people to look at in the future and help them determine the traits and characteristics of the lake trout due to each geographical area.

Posted by Andrew Ludman at 1:44 PM