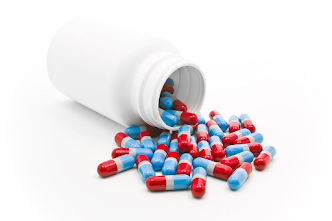 According to this article, researchers have created a new advancement to gene therapy that involves the use of Tylenol. Tylenol (acetaminophen) is used to relieve mild to moderate pain from aches, sore throats, fevers, and etc. Research shows that Tylenol drives various genetic diseases into remission. This new technique successfully treated the blood-clotting disorder hemophilia and the metabolic disease called phenylketonuria, a defect in the gene that helps create the enzyme needed to break down phenylalanine. The untreated cells are poisoned with increased amounts of Tylenol. Acetominophen's potential toxicity is able to be controlled and does not harm as bad as intense chemotherapy or other radiation treatments.
Many gene therapies use adeno-associated virus (AAV) to send gene-correcting molecules to DNA. However, AAV is not very successful in cells that divide such as liver cells, but the Tylenol gene therapy method can reduce the need for liver transplants, treated more child genetic disorders, and is economically efficient. This new gene therapy method both corrects the genetic mutations and embeds a new gene to make the liver cells immune to the toxic effects of acetaminophen. When cells are repeatedly exposed to the over-the-counter drug known as Tylenol, the latter enables treated cells to survive while killing off untreated cells. This causes the treated cells to grow, resulting in a larger number of liver cells that are repaired. I believe that the potential for this new gene therapy method is increasing day by day. Since researchers are adapting the technology to make it work for human cells, it is possible there could be a medicinal breakthrough in the process. Allowing for this treatment to be not only useful but also cost-effective is extremely valuable for the future of gene therapy.

Posted by Bianca Gamadia at 2:57 PM