Genetic Variation and the Amish 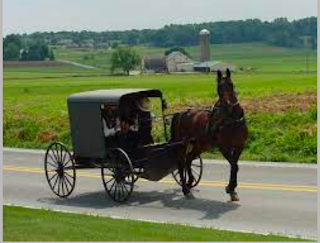 Genetic variation among the Amish is extremely low. This is due to the Founders Effect. Amish genetics can be dated back to German-Swiss settlers back in the 18th century. Amish culture is very secluded and strict. They cannot marry or have children with anyone outside of the Amish faith. This has unfortunately led to an increase in inter-family marriages. Some rare genetic traits have begun to arise due to the limited gene flow. Amish populations have seen an increase in mitochondrial mutations. Such mutations include mitochondrial encephalomyopathy, lactic acidosis, and stroke-like episodes.

Posted by bberchtold at 1:54 PM