Plague may have caused die-offs of ancient siberians 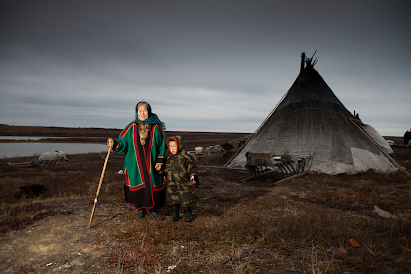 Bruce Bower talks about in his article that a team lead by geneticist Gülšah Merve Kiliniç and Anders Götherström both of Stockholm University extracted DNA from 40 human remains which were found in parts of eastern Siberia. What they also found were two ancient siberians corpses and they found bacterium that causes plague, on these two individuals. Siberians caught palugue from travelers who came to siberia 4.400 years ago and these finding might explain the collapses of the population.

It unclear if the plaque actually caused population decline but these sample dates back to 4.500 years ago which correlates with other research that has been done that in that certain period of time, Y. pestis infected people in other parts of Eurasia so its possible Siberians were infected by a version of Y.pestis but it must have been a virulent strain to cause a big decline. Unfortunately the samples of the plague found on the bodies of the two siberians provide little evidence to this theory but I would say its step further in finding what really made the decline of Siberians happen. I think these is important researcher because this provides a glimpse of a series of previously unknown ancient population shifts in this particular region.

Posted by Karlin Jimenez at 4:39 PM