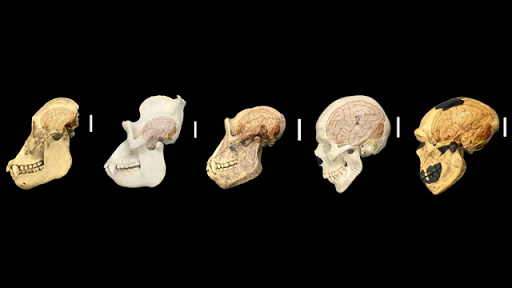 The human brain has evolved exponentially since the time of our ancestors'. Through increased size and function, our brains hold the capability and understanding to overwhelm previous primate relatives. Even though this is widely understood and accepted, the biological explanation as to how and why human brains are much larger and carry out different molecular mechanisms, is not fully understood. Researchers wanted to further explore this natural phenomenon and possibly give an answer to the development of modern humans.

To dive deeper into their understanding, researchers started to look at the genes of modern humans and immediate ancestors. They studied the cells and sequenced RNA from human fetal cortical tissue, and found 35 genes that were classified under 24 genetic families which all held properties to code for protein formation. In particular, they were searching for genes that coded for a larger amount of progenitor cell development during cortical neurogenesis. Neurogenesis is the ability of the brain to form neurons. Through their research, they found a gene called the NOTCH2NL gene which held cells in a progenitor state, which in tern made more neuron formation leading to increased brain size and function. This gene is in the same family as the NOTCH2 gene family which is universal across all mammals and is known to improve neurogenesis through the NOTCH neurological signaling pathway.

I think this is a good start for the explanation into our evolutionary development, yet I feel much more is at play when talking about a phenomenon as powerful as this evolutionary step.