Can a Stutter be genetic? 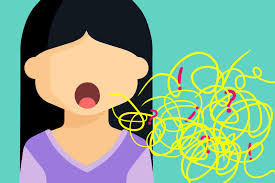 Can a stutter be genetic? In 2001 geneticist Dennis Dranya received an email from West Africa, this person expressed that within their very large family most of them stuttered.  The author was curious if this was just a coincidence or an inherited trait.  Dranya ended up taking a chance and traveling to West Africa to investigate further.  The geneticist and his team found mutations in four different genes, GNPTAB, GNPTG, NAGPA, and AP4E1, from their respective studies.  Surprisingly these genes are not linked to speech but rather lysosomes.  Further studies on modified mice identified patterns in speech/vocalization that are similar to stuttering.

These discoveries are controversial, in that some think it's a beneficial study and others considering it a "stretch."  When brain images were taken of people with a stutter, there were very subtle differences in structure in the part of the brain related to speech.   It was discovered that dopamine is an important factor in a stutter.   Too much dopamine activity in the brain can be linked to a stutter.  There still is a lot of work to be done to connect studies and find a cause or possibly a treatment for stuttering.