Does you genes affect your workouts? 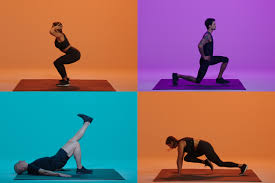 Exercising can be different for everyone; some people can have results sooner then others and some have more motivation than others. This NY Times article explains this. It talks about a study that was published in the Journal of Physiology. In this study, they got 42 pairs of twins (30 identical, 12 fraternal) to workout together for two three-month periods. In this first period they ran or cycled for an hour three times a week, then in the other period they lifted weights for an hour three times a week. In the study, almost all of the people that lacked in one period, succeeded in the other.  In the article, it states there was little evidence that genes shaped the outcomes because the twin’s responses are all different. Although this study was useful, I believe a lot was left out to consider like: did all the twins try hard every workout, were they eating right, did they all start at the same level? All of these questions could affect the results greatly. Overall, I still believe genetics affects working out which disagrees with this article. Many factors were not mentioned which makes me think the reason why the twins were receiving the same results is because of all these differences. I believe exercise is affected by both your genes as well as your environment. This would make some of the twins have similar results or different results depending on many different factors including genes. Genes may make someone better at one task, but if a person is more passionate about another they may try harder resulting in more progress in that one.