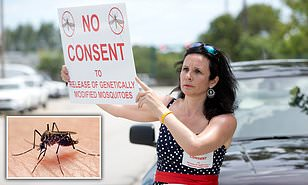 Recently, public health officials released genetically modified(GM) mosquitos in parts of Florida, alarming some people. When looking into it more, I found that they were GM males, which don't bite and are unable to produce viable offspring. By doing this, public health officials hope to reduce the amount of mosquito offspring that are able to pass on diseases that are potentially dangerous to humans. Despite the benefits, there are also ethical issues some are concerned with. Certain people fee individuals and communities should have the opportunity to give consent in regard to being exposed to these mosquitos. There are also issues with regard to potential public health and environmental risks that might arise due to this introduction. I personally find no issue with this since the males wouldn't pose a danger to anyone's health and only have the ability to reduce the population of mosquitos.