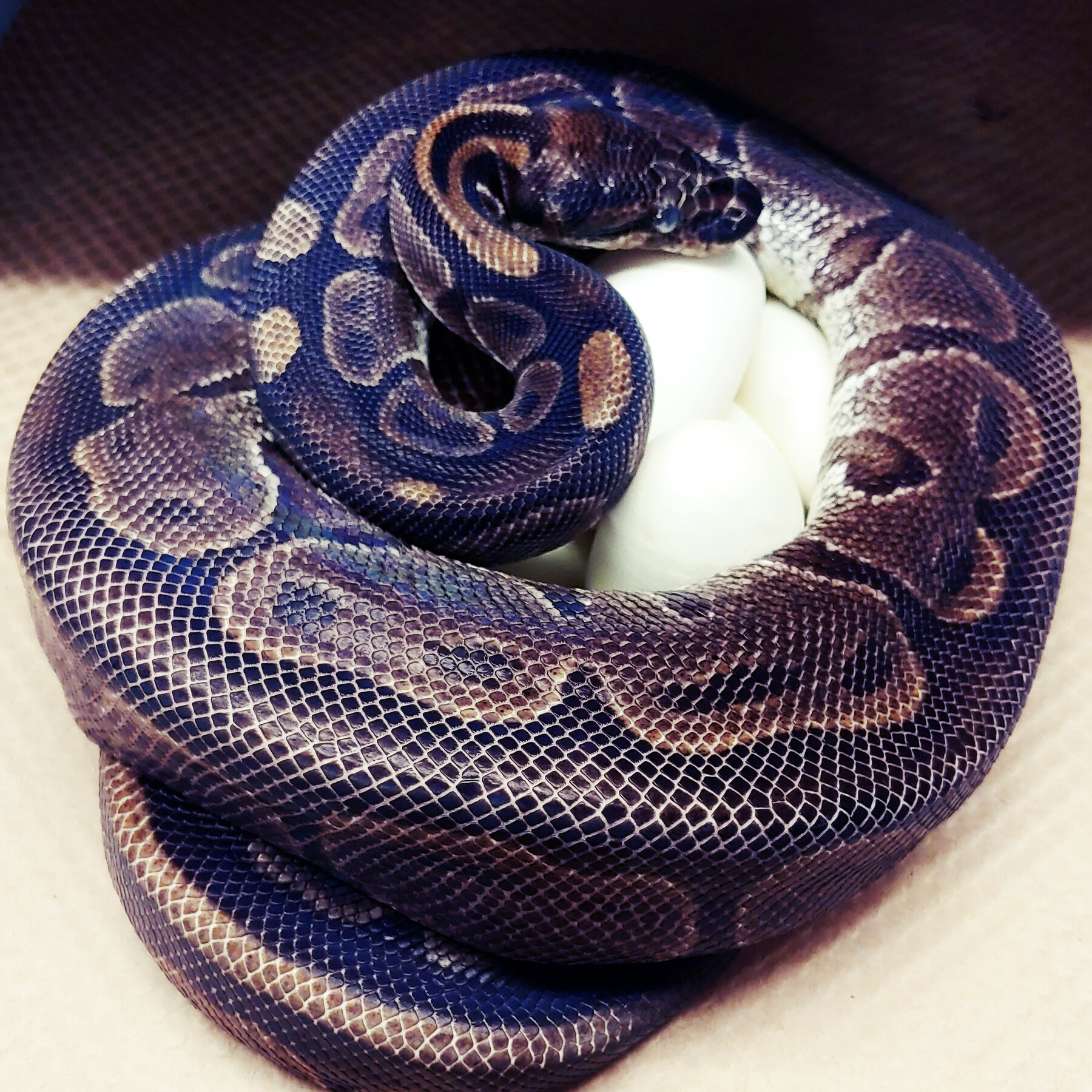 The oldest ball python in Saint Louis Zoo at 62 years old just laid 7 eggs after not having been near a male in over 15 years according to this New York Times article. Ball pythons can reproduce asexually through facultative parthenogenesis or can store sperm for delayed fertilization, though delayed fertilization has only been documented as lasting for a max of 7 years. The eggs that have not died are currently being incubated and tested to see if it was asexual or sexual reproduction and are expected to hatch in a few weeks if they survive. If they survive, they are living proof of the flexibility of the ball python reproductive system whether they were produced sexually or asexually.