Do Some Spider Webs Contains Neurotoxins? 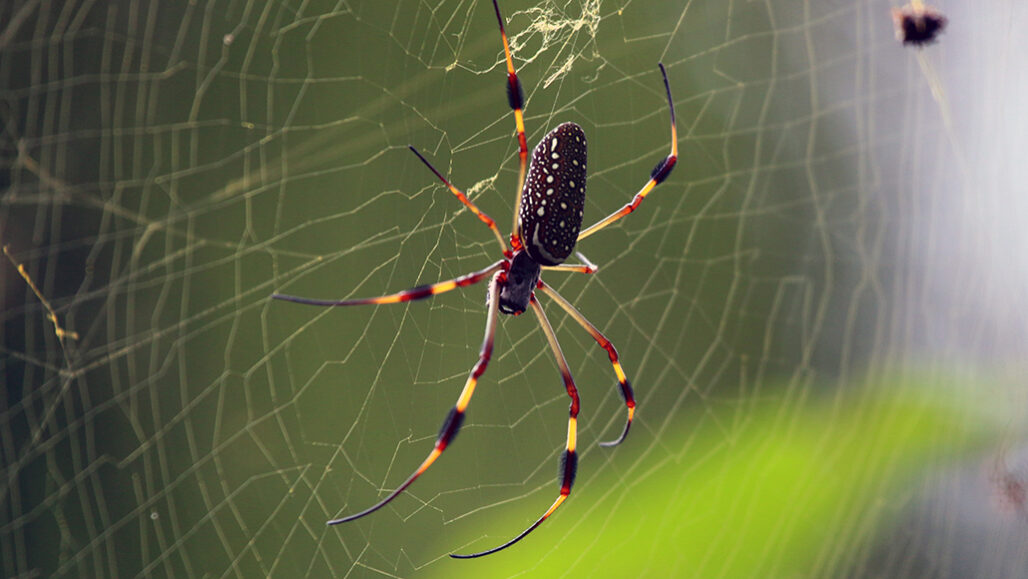 Biochemical ecologist Mario Palma has long suspected that the webs of orb weavers — common garden spiders that build wheel-shaped webs, contain neurotoxins. The idea first came to him about 25 years ago, when Palma lived near a rice plantation where orb weavers were common. He says he often saw fresh prey, like bees or flies, in the spiders’ webs, and over time, noticed the hapless animals weren’t just glued — they convulsed and stuck out their tongues, as if they’d been poisoned. If he pulled the insects free, they struggled to walk or hold up their bodies, even if the web’s owner hadn’t injected venom.
Palma and his colleagues analyzed the active genes and proteins in the silk glands of banana spiders (Trichonephila clavipes), a kind of orb weaver, and found proteins resembling known neurotoxins. The neurotoxins may make the webs paralytic traps. Palma believes the prey-catching webs of other species probably have similar neurotoxins.
The researchers also confirmed that fatty acids are present in the droplets. These acids, Palma thinks, are the toxins’ way into prey. The molecules may dissolve the insect’s waxy outer cuticle, the chief barrier to topical toxins.

Palma plans to have his students dive deeper into smaller, as of yet unidentified proteins his team found. He thinks they may help keep the prey alive until the spider’s ready for a fresh meal.