The microbiome is the culmination of all the microorganisms in a particular environment, including the body or part of the body. Scientists from Harvard Medical School and Joslin Diabetes Center in Boston, Massachusetts have set out to map the human microbiome. According to their studies the number of genes in bacteria that live inside of and on human is around 1 billion trillion, and around half appear to be unique to their host. The significance this holds is that this new data could reveal links between genes of the microbiome and human disease. This will allow for the development of precision treatments for disease in humans.

This team of scientists analyzed more than 2,100 sample of bacteria from the peoples' gut and another 1,400 from their gut. Combined, the samples contained more than 46 million bacterial genes. The fascinating part about this is that about half of these genes only occurred once, which means they are unique to the individual. Changes in levels of types of bacteria have been linked to diseases in humans such as tooth decay, diabetes, chronic inflammatory bowel disease and multiple sclerosis.

The cause for this uniqueness in bacteria is rather simple. No two bacteria of the same strain are the same genetically. They could have remarkably different genetic makeup so this could mask critical differences that arise from genetic variation.

Learning more about the genes of the microbiome could lead to more precisely targeted treatments. Such narrowly targeted therapies would be based on the unique microbial genetic makeup of a person rather than the bacterial type alone. Profiling these unique genes could provide valuable clues about past exposures to different pathogens or environmental influences, as well as disease risk. 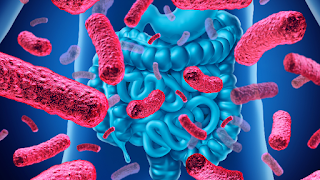