The DNA editing tool, CRISPR, is taking the scientific world by storm. It allows scientists to tweak practically any gene in a plant or animal—and coral reefs could come next.
Researchers led by Philip Cleves at Stanford University used CRISPR to edit three genes in species of coral that grow in Australia's Great Barrier Reef. These genes were manipulated just after fertilization of the egg by the sperm; two of the genes were responsible for the coral's coloring, and the other for regulating how new coral settles and grows in a reef.

The results suggest that CRISPR could be used to understand more about how specific coral genes actually work, and eventually to help scientists manipulate them so they might become more resilient to bleaching caused by environmental stresses such as increasing temperature due to global warming and pollution.

As of right now, CRISPR won't be able to build bleach-proof coral, but rather to build a data base on coral genes and what their specific function is, to help us better understand coral biology. One of the goals is to see if there is a gene that allows coral to withstand higher temperatures. This would be a huge find as the number one cause of bleaching in coral is due to higher water temperatures which triggers a stress response in the coral.

With this in mind, the database these scientists are building will fundamentally change the way the world looks at coral biology, and help us eventually genetically engineer coral to be bleach resistant or proof in the future. 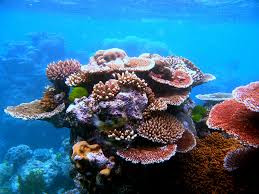 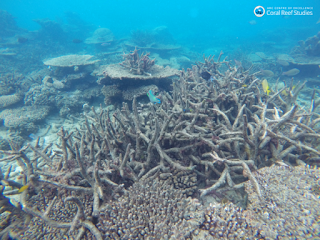