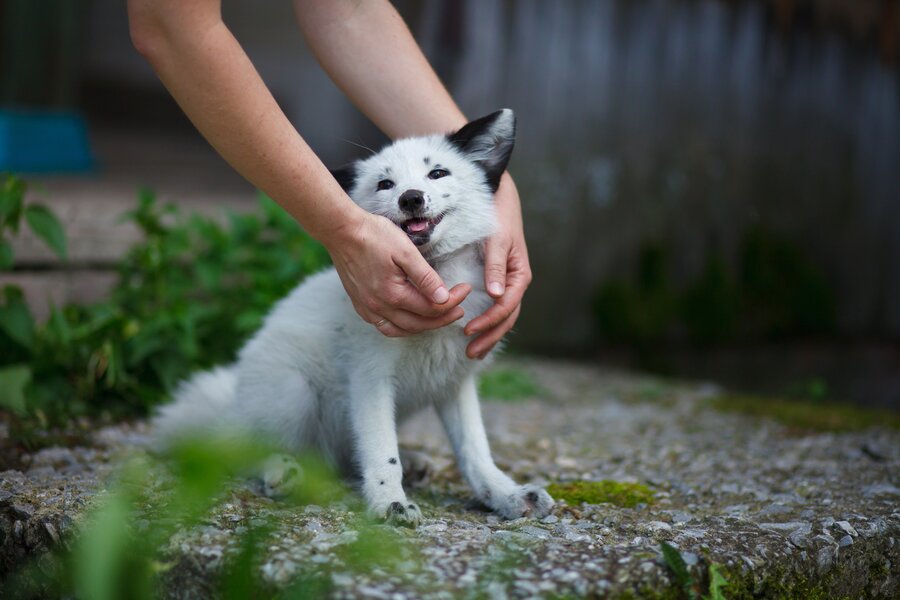 While a little old the research paper on the domestication of foxes is still quite important. The research project has been breeding foxes based on whether or not they have traits that can be seen as friendly in an attempt to domesticate foxes. The main goal was to see how an animal could be properly domesticated and if there were particular genes related to domestication in animals. After breeding many generations of foxes they managed to get generations that can be seen as domesticated, but that can be a bit subjective I guess. The foxes are kinda comfortable around people and will walk up to them briefly, but they are nowhere near dogs in terms of emotional attachment. Really the foxes are like very emotionally distant cats rather than a dog. And since they are domesticated, there are research groups in many countries trying to further the project by sequencing genomes in an attempt to see if genes have any bearing on it. Last update the project gave showed around 30 potential genes they were looking into and it seemed promising so far.

I have been following this project for a while so I do think it is extremely interesting and important in many ways.The applications of this research only bring up mental images of people just domesticating random animals, but it is quite a bit more important that than. Finding a genetic link to behaviors could really open up a lot of doors into potential uses in therapy. Potential cures to disorders could be found and the fact that this is being brought up shows where science is going in the near future.