For many years scientists and researchers had their own views on how we as humans can be sensitive to cold.  Originally it was believed that our abilities to sense decreases in temperatures were signals that were being sent out from the brain.  Now researcher, Shawn Xu, along with his colleagues, have discovered a new protein that is responsible for sensing changes in temperature.  They discovered that it was due to a gene in worms called the glutamate receptor gene (GLR-3). 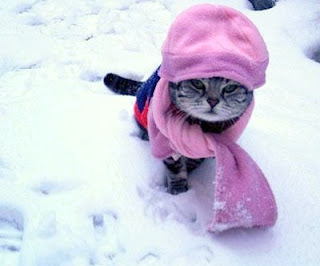 In their research, they noted that when the worm, the model organism, was exposed to temperatures below 18 degrees Celsius, that the worm stopped producing GLR-3 and became unresponsive to cold.  They also discovered that there were genes like this one in many other species and tested the theory on zebrafish and mice.  Mice have a GluK2 (glutamate ionotropic receptor kainite type subunit 2) proteins that assist in detecting colder temperatures through nerve endings in the skin.

This discovery was such a great benefit to science by helping better understand the anatomy of living organism and understanding what is helping each organism in survival.  These genes can be further studied to eventually prepare medication for individuals that have lost their sense of touch and knowing weather something is cold or hot to the touch.
More info on the GLR-3 protein can be found here.
#WinterIsComing #Genetics #ColdSensitivity
https://www.sciencedaily.com/releases/2019/08/190829150803.htm
Posted by Toni McRae at 10:10 PM