CTVT, or Canine Transmissible Venereal Tumor, is the world's oldest cancer lineage. Interestingly enough, this cancer is transmitted sexually from dog to dog, and manifests itself as genital tumors. This cancer is one of the only known cancers that transmits through touch. Due to the fact that this cancer is transmitted sexually, it has been able to survive for millenia by being transferred from one dog to the next. An original "founder dog" must have had this mutation, which it then passed on. Being roughly 6,000 years old, the study of this cancer lead insight into the evolution of cancer. CTVT is essentially a living biomarker, with the history of it's mutagenic environment recorded on it as it passes from generation to generation and around the world. Normally cellular cancer dies when the host passes. However, this cancer has been passed on for thousands of years serving as a record of it's genetic mutations along the way. 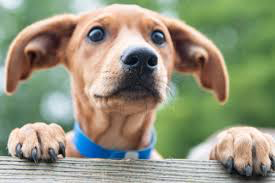 In order to really understand  CTVT cells, researchers gathered samples from over 500 globally distributed dogs. By analyzing the DNA the team was able to create a phylogenetic tree, which helped them trace the disease around the world. In studying how the cancer cell mutated, and during which time, they were able to trace the origins of the cancer to China around 6,000 years ago. From China, the cancer spread though Asia and into Europe, eventually making it's way to America.
The CTVT has revealed seemingly unthinkable questions, how come the cancer does not display normal cancerous traits, like genomic instabiltiy? The cancer is mutated greatly from it's original form, but it has been around for 6,000 years. Researchers have not been able to figure out why this cancer mutates at a rate much slower than one would expect. Due to it's slow mutation rate, almost all dogs can be cured by chemotherapy, as the cancer does not evolve a resistance to drugs.  What scientists are truly curious about it the role of this cancer. It seems almost like the dogs and cancer can co-exist with each other.  As if the tumor and the dogs immune system are not competing with each other how a normal cancer would. It almost appears as the CTVT is a cancer but acts as a parasite.
This was an awesome study, that was actually published today, so I feel really fortunate that I may have been one of the first people I know to really read about this. I truly do not know much about cancer biology, but I do know that I have never heard of sexually transmitted cancer. Thankfully for the dogs, chemotherapy can cure them almost all the time! This was still an interesting article to give a grasp about how much we have yet to learn about the world around us.