As it turns out, a large majority of snails are righties. When I say righties, I mean that most snails have shells that coil to the right. Lefties are so rare in the snail world that a couple years ago, there was a story about a garden snail named Jeremy who originally could not find a mate because he was a lefty. He became famous for his rare trait, so scientists reached out to the world to find more lefties. One was found in England while another was found in Spain. Scientists brought the two to Jeremy so he could mate with them, but unfortunately the two snails mated with each other instead of Jeremy. Poor Jeremy! Snails are hermaphrodites and can be simultaneously male and female. Amazingly, more lefties were found, so Jeremy was able to find a lefty mate right before he died. Interestingly enough, all of his children were right-coilers which means that even though Jeremy is dead, his kids are all right.

Fast-forward two years, and researchers have finally identified the gene responsible for shell direction in snails. Snails who have both working copies of Lsdia1 will be traditional right-coilers. On the other hand, snails with only have Lsdia2 will be left-coilers like Jeremy. To confirm their findings, they were able to use Crispr to edit out Lsdia1 while leaving behind Lsdia2. Just as expected, the snails were born lefties and so were their babies. 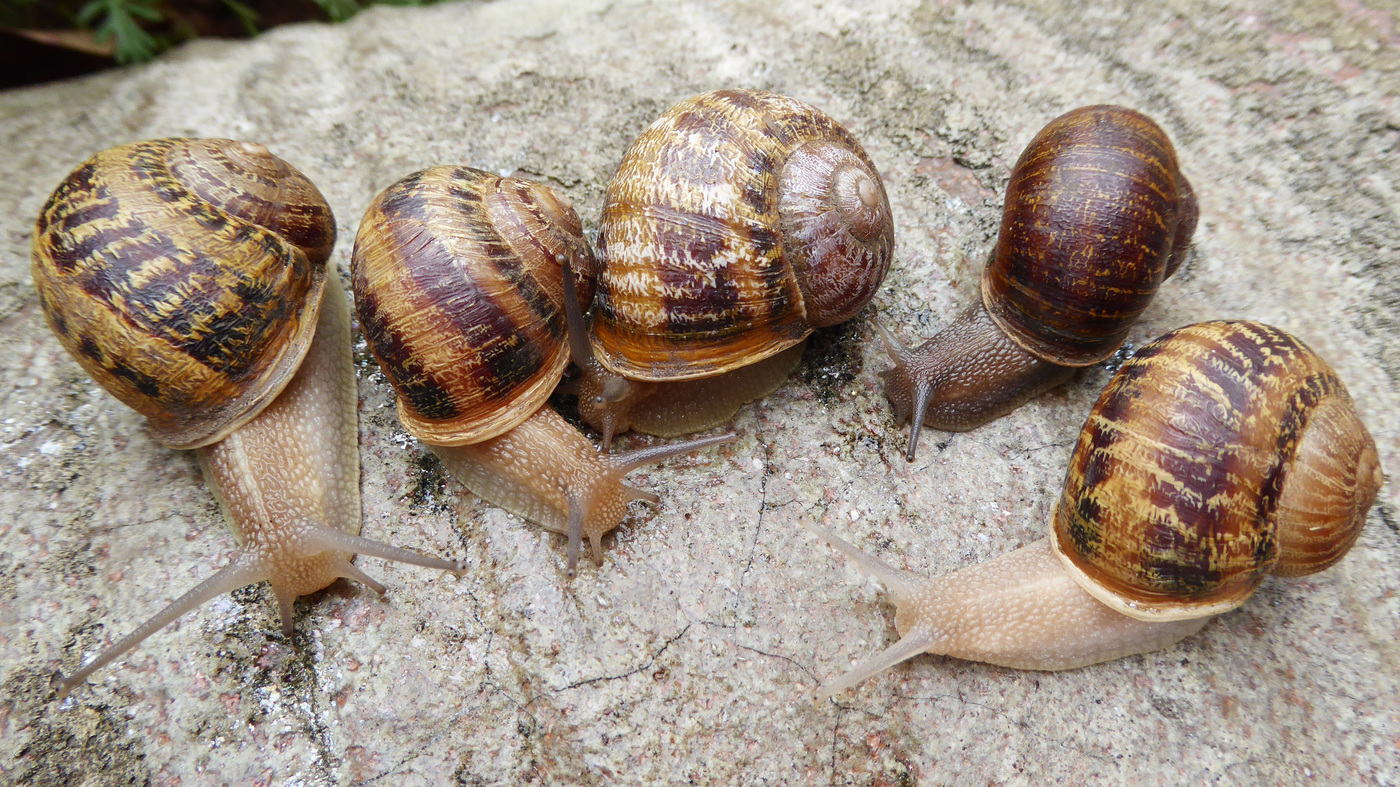 Jeremy (second to last) with his friends Senda, Jara, Tomeau, and Indi.

The research presented by the researchers, Reiko Kuroda and Masanori Abe, is really telling of the future to come concerning left and right symmetry in organisms. Chirality is something that is almost universal among species. Exploring the body plans of animals is hidden in their genetic codes, and it is remarkable of how little is known on the subject of leftiness and why it is a rarity in nature. For instance, situs inversus, a condition where human internal organs are flipped affects only about 1 in 10,000 people. People with this condition are as healthy as people with traditionally-flipped organs, so why is it such a rarity? The researchers believe the answer may lie in snails, since situs inversus is similar to left-coiling in snails. Snail research turns out to have some exciting news, but I imagine the work is rather slow.