ALS: 'Unique' Cells Could Open Up New Avenues for Therapy

ALS: 'Unique' cells could open up new avenues for therapy 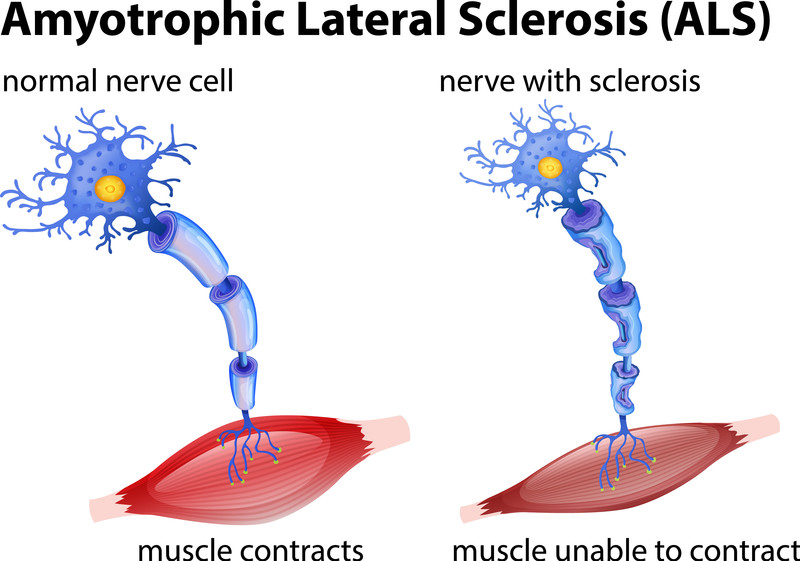 ALS or amyotrophic lateral sclerosis is a neurodegenerative disease that causes new and existing cells to die. These cells are often located in the central and sympathetic nervous system. Since ALS is a progressive disease, those afflicted with it slowly lose mobility and eventually their ability to breathe. However, new findings could lead to breakthrough hope for the current novel therapies offered.


ALS also known as Lou Gehrig's disease affects approximately 30,000 people in the United States alone. Though its causes are unknown, there are few treatments to improve the quality or prolong the life expectancy of those afflicted with this disease.


Symptoms are often characterized by a "focal onset" meaning that symptoms occur one at a time. Numbness, tingling sensation, and eventual loss of feeling in a limb or part of the body will occur, and then continue in another part. This occurs as the motor neurons in the spinal cord and brain begin to die.


The National Institute of Neurological Disorders and Stroke state, "No one test can provide a definitive diagnosis in ALS". Which has made it difficult for doctors to diagnose. Most diagnoses from physicians are from the physical symptoms patients are exhibiting. However, new research from the University of Illinois of Chicago has identified a set of biomarkers that exhibit those with ALS from others without the disease.

By comparing cell populations by analyzing gene expressions within each, researchers have discovered a region of cells in the spinal cord that change function when ALS is present. These differences were discovered specifically in microglia and astrocytes.

These findings could help future researches and doctors identify the mechanisms underlying ALS and come up with therapeutic strategies.