Which Twin Committed the Crime?

The human genome consists of a three billion letter, code and in a standard DNA tests only a fraction of the code is analyzed. The small fraction is sufficient to distinguish two individuals-but not identical twins. DNA analysis has played an important role in identifying suspects, but has posed a challenge with twins. In order to distinguish a pair twins the entire code needs to be analyzed as well as the code for one of the son's of the twins. Once all this information is obtained, they are able to distinguish the twins apart and which twin committed the crime. 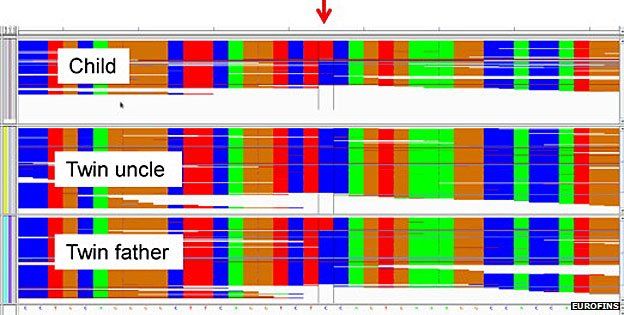 It is important to analyze the son's DNA because it helps distinguish the DNA of the twin's apart. When a fertilized egg starts dividing there's a small chance each new cell will gain a mutation. When the cells separate one twin will get some of the mutations and the other twin will get the rest. The mutations would then be passed down to the child, which is why it is important to analyze the child's DNA. The test requires precision, but it will be improvement in criminal investigation. I think that this test is necessary because it allows victims to have justice as well prevents the wrong twin from being jailed. This test is still in its early stages, so I think that with improvement it can become more efficient as well as being completed in a shorter time.