Scientists in an article by Medical News Today say that they found a gene that can reverse the symptoms of depression in mice. The gene must be activated in order for the symptoms of the condition to reversed. This gene is found in the prefrontal cortex which is associated with complex thinking and planning of social responses. A drug called SIRT1 is used to activate this gene. A person with depression will have excitatory neurons that do not communicate correctly. These neurons appear to be disconnected in a person with depression. Scientists injected mice with SIRT1 in their prefrontal cortex  and their symptoms of depression were reversed. The results suggest that the SIRT1 drug stimulates these disconnected neurons and regulates the depression-related behavior. The scientists who made this discovery are now looking to see if existing antidepressants effect that same gene in a similar wat. They theorize that they may be able to one day use the SIRT1 drug as an effected treatment for major depression. 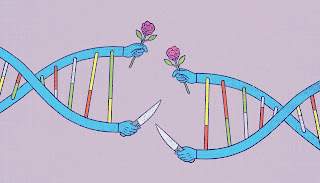