An article in the New York Times website discusses the all too aggressive side to hummingbirds.  These beautiful birds are much more than tiny bright color birds, for they have an aggressive side that is quite deadly.  Hummingbird evolution was sparked by the evolution of plants needing a better method of being pollinated.  This had a direct evolution with the hummingbird and its bill, but that bill much soon became more than a means to eating. 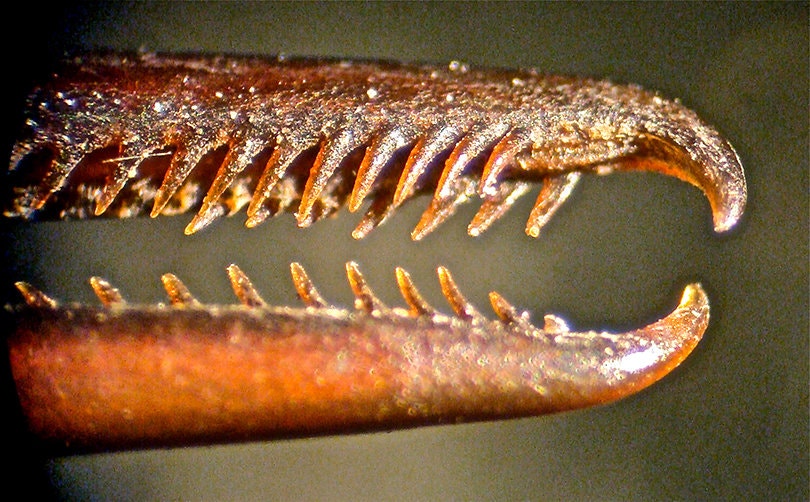 Behold the bill of the male tooth-billed hummingbird; not so cute anymore is it?  This hummingbird has been used as a symbol of the gods in the Aztec civilization due to its aggressive nature.  Their bills are used for eating, but also used to fight other hummingbirds as a means of  sexual selection.  This is a trait in both male and female hummingbirds, but the fascinating thing is the shape of the bill is literally used to impale other birds.  The science behind its eating is being vastly researched by Dr. Rico-Guevara and Margaret A. Rubega as a joint study to learn more about the tongues that hide inside this deadly bill.
Posted by corriganwg at 9:00 PM