According to Science Daily, an article called "Breakthrough toward developing blood test for pain" introduces a test which can measure pain biomarkers in blood. This study was influenced by the opioid crisis in Indiana. This blood test, would allow more accuracy for doctors to treat the patient in pain. Since pain is only sensed by the patient, it is hard for physicians to measure the level of pain the patient has, they can only go by what the patient says.

Opioid epidemics occur because addictive medications were overprescribed due to the fact that there was no objective measure whether someone was in pain or how severe the pain was. The biomarkers are like fingerprints, the doctors will match it against a database and see which compound would normalize the signature. 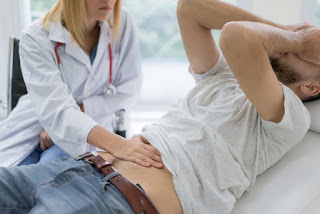 This blood test will allow the patient to be matched to the right drug, without overprescribing medication. Doctors and researchers believe that this will end the opioid epidemic and will allow future monitoring of the patients health. Doctor and researcher Niculescu of this blood test is hoping to raise some money in order to further this study and allow it to be put into action.

I think that this is a good invention, a lot of doctors would much rather prescribe medication to treat pain, not fully knowing the severity of pain and if there are signs of pain. I actually had a personal experience where I had horrible knee pain and in order to rid of the pain, a doctor prescribed opioids. I was later diagnosed by another doctor with a torn meniscus. I, personally, never took the opioids and stuck to over-the-counter medication for pain. But it is the idea that, I never asked for opioids, nor did I wish to take them, however the doctor thought it was best for pain.  Hence why the opioid epidemic is a serious issue, not only in United States but all over the world.
Posted by Viktoryia Zhuro at 9:39 PM