Gene Editing: Yes or No?

An article in the NY Times, Scientist who Edited Babies' Genes is likely to face Charges in China, discusses a scientist who claims to have made "the first genetically edited babies". Scientist, He Jiankui, claims to have altered the genes of human embryos to make them resistant to H.I.V. infection. He found his volunteers, a non-H.I.V. positive female and an H.I.V. positive male, through an AIDS support group. Utilizing CRISPR, he altered the genes of human embryos which were then implanted into the female volunteers via in vitro fertilization. One volunteer gave birth to twin girls and another one is pregnant, however, there is no data to support or disprove his methods. Which as a result, there is no data on long-term effects. In addition, his work has brought about an ethical debate regarding gene editing. Dr. He is under investigation and it is possible that he will face criminal charges.

Dr. He is being criticized for his experiment. Although his study could possibly limit the further spread of H.I.V infection, it was preformed less than ethically. He did not follow the appropriate regulations for human trials and had dishonorable motivation, he sought "fame and fortune". Although he went about it in the wrong way and for the wrong reasons, if his work is to be successful, it could be an option for those who are H.I.V. positive to have a child that does not possess the virus. In my opinion, options are not a bad thing. But should nature be altered? 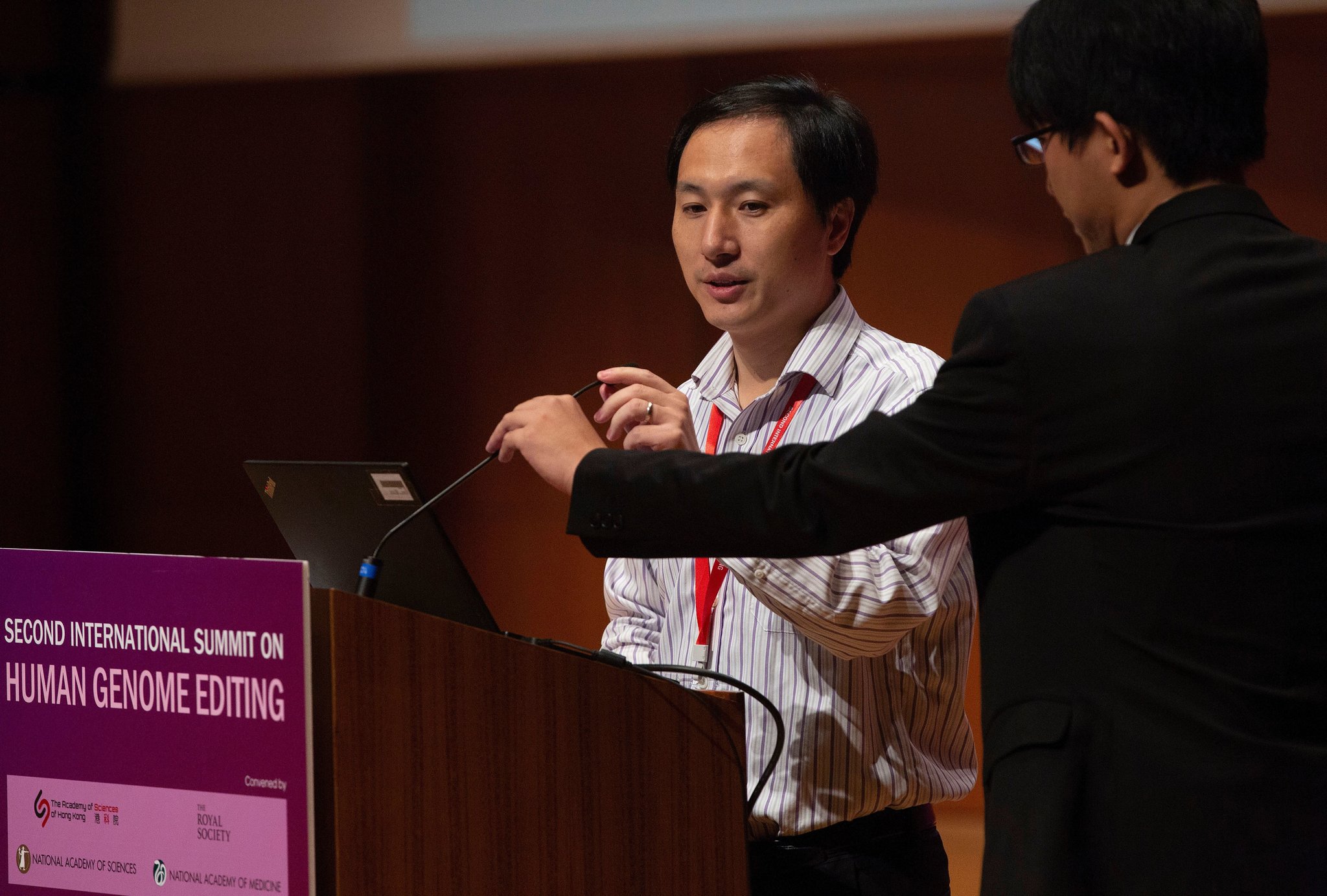 Posted by laurelcassin at 4:48 PM