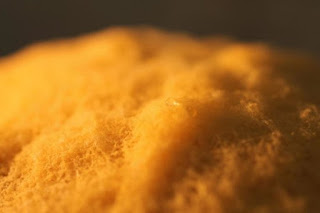 The evolution of each different species of living organisms mainly operate from the mechanism of natural selection, in which the individuals better adapted to their environments tend to survive and produce more offspring over other individuals as each generation passes.  However, existing in some of these organisms are what are called “selfish genes”, genes that have the ability to be exist along each generation of a species without providing any advantage to the said organisms.

There are particular fungi that carry the gene selfish gene called “spore killer”.  Related sibling fungal spores that do not carry this gene are all killed by the spore carrying the gene.  As a result, there will not be as many individuals to exist in future generations of a fungus such as this, while the spore killing gene continues to be passed along the individuals of every following generation.  Different unique forms of selfish genes killing their siblings have existed in other species as well in fruit flies and mice to name a few.  However, it a sperm destroying sibling sperms in those aspects.  In mosquitos, selfish genes operate similar to pesticides in that the individuals that have malaria can have selfish genes that make it so that only one sex of individuals are born, shrinking their population size.  However, there is still very little known about the function and spread of selfish genes.

Recently, Uppsala University’s Department of Systematic Biology researchers succeeded in sequencing complete genomes that contain complex selfish genes from two different spore killers in ascomycete fungus, Neurospora intermedia.  It has been learned that spore killing genes exist in chromosome regions where chromosome has changed direction: forming so called “inversions”.  Expanding repetitive DNA and numerous new mutations were also in these same chromosome regions.  This may be the reason these spore killing genes are unusual in Neurospora intermedia, and it can also be theorized that the individuals with these genes are more poorly adapted.

Interestingly, the two spore killers use different genes to kill their respective siblings.  Even more surprising was the two spore killers having no relation to each other.  It could mean that selfish genes including spore killing genes as well are more common.  I believe this is important because understanding the function of selfish genes would give us a better understanding of more general evolutionary patterns.

For additional information, click the link of the journal about the genome sequences of the two spore killers.

Posted by Vincent Abanilla at 2:16 AM