The Effects of the Dutch Famine on the Unborn 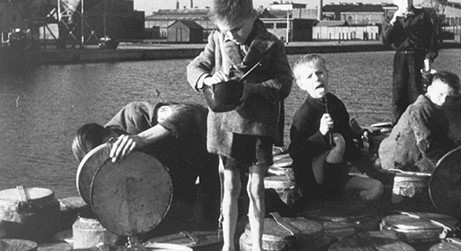 World War II resulted in the Dutch Famine of 1944 to 1945 that killed over 20,000 people. But those who survived were of interest to scientists, especially pregnant woman. This study aimed to understand how low levels of nutrients in the fetal stage can affect human health throughout their lives. Scientists studied the babies of these woman, finding that as adults they were on average heavier, experienced obesity and diabetes at higher rates, and had higher levels of cholesterol and triglycerides. They also died at higher rates compared to babies born before or after the famine.

Geneticists hypothesized that while in the utero, certain genes were “silenced” meaning that they ceased to be expressed. These genes remained silent for the remainder of the individual's life. Scientist’s proposed this occurs when either the cell is exposed to a virus or have been impacted by the amount of methyl groups surrounding the gene.

Access to advanced technology led Dr.Lumey and his team to conclude a connection between methyl groups and the famine and health conditions. They proposed the idea that a methyl group linked to higher body mass index led to the failure of expressing the gene PIM3 which is responsible for burning the body’s fuel. Other cells were tested including muscle, fat and tissue cells, proving the pattern to be fairly consistent. A scientist from Princeton, Dr. Conley, discusses a different reasoning for the results. He believes that as one ages and becomes overweight, this may contribute to the lack of expression in the PIM3 gene.

Understanding epigenetic profiles continue to be of importance on the impact of stress on children health. But of course, this type of observational experiment can not be repeated. Thus scientists must continue to observe this pattern using animal test subjects. While human subjects may appear to be the best approach, it’s extremely unethical and often unreliable. Since scientists are unable to isolate certain variables and control others, it is difficult to discern what causes a certain gene to become expressed. It is much easier to test animals in a controlled environment leading to much more accurate results.