Researchers look into why people need more caffeine than others. 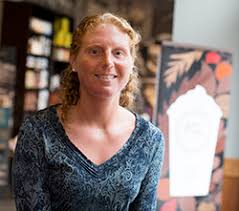 Researchers have been looking into why people are dependent on coffee and why others aren’t. They have found that it’s genetic. Marilyn C Cornelis, a caffeine researcher says, “What we’re finding is that we have built-in genetic factors that help us with self-regulating our caffeine intake,”.
There are 2 genes that seem to correspond with the caffeine in an individuals metabolism, CYP1A2, which produces a liver enzyme that metabolizes 95% of caffeine; and AHR controls how much of that enzyme is needed. So those people with a slower metabolism will consume less because the effects of the caffeine linger whereas those with a faster metabolism will consume more because the effects don’t last.
The way a person reacts to the taste and smell of coffee can also be the effect of their genetics, genes could be involved in bitter taste perception.
“When given pure liquid caffeine to taste, subjects who drank more coffee on a daily basis rated the taste samples as more bitter than those who drank less” said Danielle Reedlooked.
I liked this article because I personally hate coffee with a passion, reading in depth that my metabolism is why I can drink a lot more caffeine than other people was interesting.

Posted by Tahreem Rajput at 5:33 PM