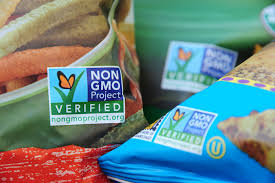 There has been a debate recently on the harms of GMO's, or genetically modified organisms, in our food.  Some choose to try and stay clear of GMO food while others say there aren't any real reasons why we should avoid them.  While a study done in 2016 by the National Academies of Science, Engineering and Medicine, did not discover any evidence that long-term effects could appear later on, they said caution is also something to be considered.  Because of all of this, many are pushing for all GMO food to have a label, in order for those who want to avoid these foods to be able to do so.  This is where the issue arises.  Even though food can be labeled and there has been a push for more organic products as of recent, it is much harder to avoid GMO food than many people think.  First of all, GMO free food is much more expensive than products that are genetically modified.  Another point is that while most fruits and vegetables are GMO free, most foods with corn or soybeans (which is a lot) are "bioengineered" and go into many processed foods.  Also, because ingredients such as high fructose corn syrup have barely any traceable DNA in them, they are not required to have a label, according to the U.S. Department of Agriculture. The new laws in place also use the term "bioengineered" or "BE", instead of GMO and not everyone may know what that means.    While we really don't know all of the effects of genetically modified organisms in food, for those who do want to be cautious and steer clear of these types of food, it will be very difficult to completely avoid these products due to the cost, label confusion and the fact that they are present in almost any kind of processed foods.
https://www.popsci.com/how-hard-will-it-be-to-avoid-gmo-food#page-2
Posted by Emily Maxwell at 9:04 PM