Our Genetic Basis of Endurance Running 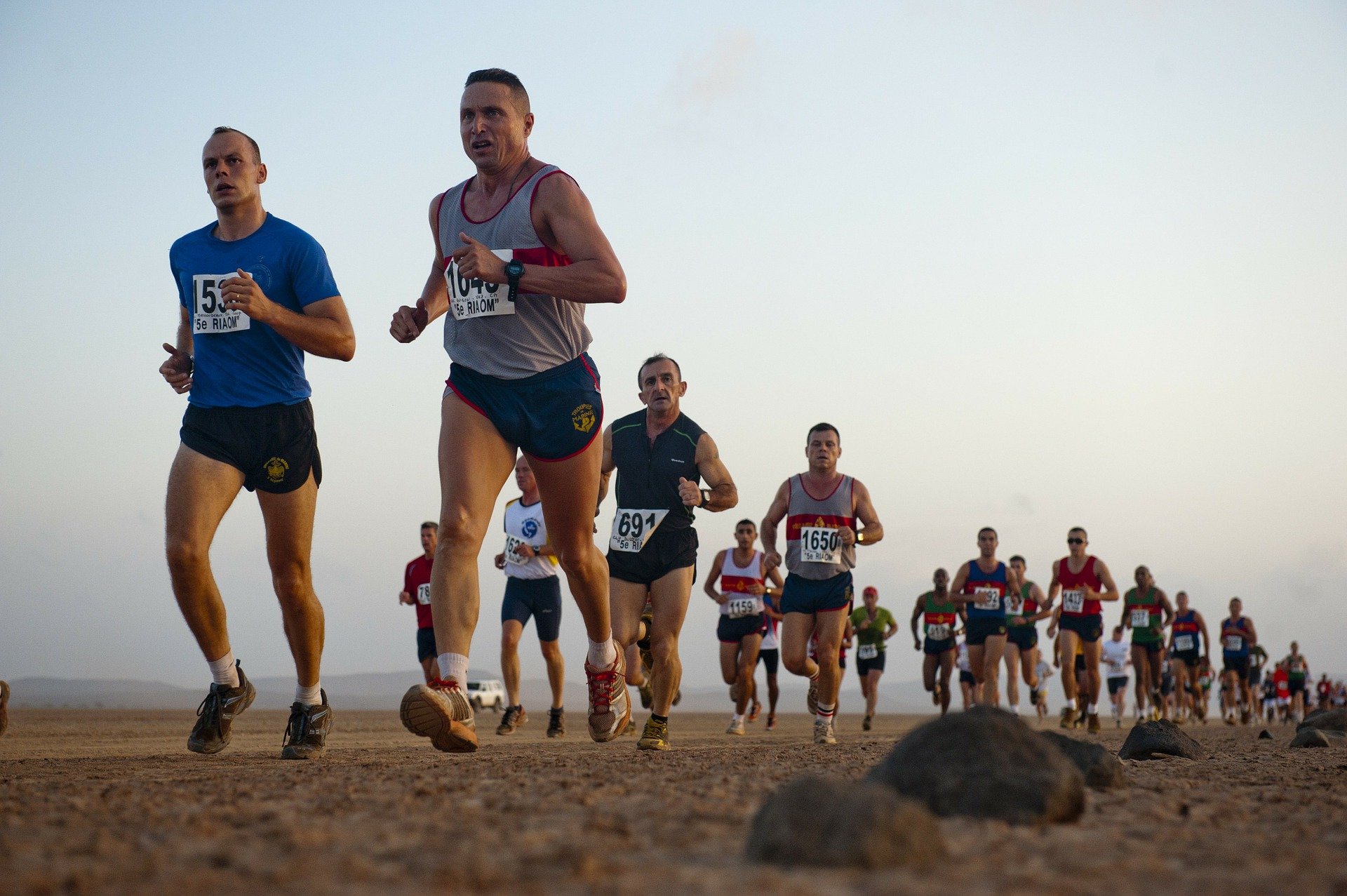 Humans have been long heralded for their ability to run for long distances, an ability that separates us from other mammalian species. As we learned from biodiversity and evolution, several key structural changes of early hominid species led to the development of humans being able to walk and run upright with ease. Some of these changes include: angled femoral bone head, s-shaped spine, and placement of foramen magnum directly under the skull. Although these structural changes have aided humans greatly in efficiently traveling on two legs, not much is known about the genetic mechanism of our endurance prowess. Not until a study done by Okerblom et al., did a genetic link to our long distance running ability was found.

The researchers pinpointed a mutated gene that they believed served as a catalyst to running, called CMAH, whose mutation coincided with a change in lifestyle from more primate to more human (2-3mya). Current mutations in CMAH have been most commonly linked with several disorders, such as muscular dystrophy and diabetes, however, Okerblom et al. hoped to shed light on the positives of this gene with their study. To conduct their study, the researchers utilized two groups of mice, one with and the other without mutations in the CMAH gene. To test the effects of mutation in this gene on endurance, they had the two groups of mice run on a small treadmill for a period of time. What they found was that the mice with the mutated version of the gene ran faster and further than the mice without mutations.

With the results of this study, Okerblom et al. sought to find the genetic basis of human's ability to run for long distances. Although several professionals advise caution in making an immediate link with the mutated CMAH gene to increased endurance, it is a promising step forward in finding an answer to our history of endurance.

As a distance runner myself, I often marvel at some of the athletic feats of elite distance runners when they smash a record at a certain distance. The record breaking marathon ran recently by Eliud Kipchoge at Berlin, for example, is one of the most impressive endurance feats I can think of. Eliud nearly clocked a sub two hour marathon, for a 4:38 average for each mile, which is faster than most of us can run for one. Eliud has been close to breaking two hours at this distance, which has long been thought to be impossible. That makes me wonder if he, in fact, carries a mutated version of the CMAH gene.