Is your antibiotic damaging your mitochondrial DNA? 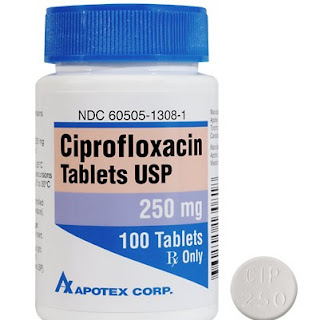 Antibiotics are literal life savers. In fact, I bet that everyone reading this has taken some kind at some point in their life. Some antibiotics are "broad spectrum" meaning they are used to fight many types of infections. One of theses is Cipro. Like most medicines, cipro has a host of side effect most people will never get. Some are scary, such as tendon rupture or even permanent nerve damage. Unfortunately, recent research suggests an addition to the list; damage to mitochondrial DNA.


As we know, the mitochondria has its own set of DNA. In order to maintain it, it uses an enzyme called topoisomerases. This enzyme maintains the topography of the DNA by cutting and reconnecting the DNA strand, for example to get rid of knots and twists. Cipro works by inhibiting a topoisomerases in the bacteria its fighting, but evidence suggests it has an inhibiting effect on  topoisomerase 2 of the human mitochondria as well. This reduces the energy output and limits cell growth and differentiation. This is likely the cause of many of the drug's side effects.


While this is a cause for concern, it may also provide an opportunity. Perhaps more research could suggest a way to alter the medication to reduce this effect, or another medication could be developed to counteract it. Additionally, perhaps they could compare a similar antibiotic that doesn't have this effect in order to learn more about the mechanism involved.