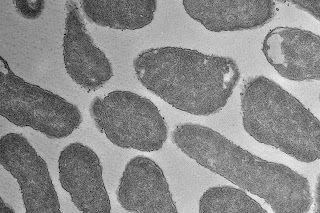 Recently, researchers have been taking advantage of synthetic biology in order to manipulate DNA and “create microbes that, once ingested, work to treat a rare genetic condition.” This rare condition that scientist hope to treat is called phenylketonuria or PKU. People with PKU are unable to break down an amino acid called phenylalanine which can be found in protein food products such as meat and cheese.

After years of trying to treat PKU patients with gene therapy by inserting the working version of the defective gene called PAH, results were not successful. Instead, “researchers inserted the genes into the bacteria’s DNA so that once they have arrived in the gut, they could break down phenylalanine.” Scientist are taking advantage of bacteria and hope that they may someday become a “living medicine.” The way this works is that there is one gene that encodes a pump that allows the bacteria take up all of the surrounding phenylalanine, then there is a second gene that codes for an enzyme to break the phenylalanine into small fragments that eventually gets released into the urine. The microbes are engineered to break down phenylalanine in areas - the gut - with low oxygen levels, if there is a sense of high levels of oxygen, the bacteria genes will shut down until they reach the gut.

So far, researchers have done studies on mice and monkeys. In the mice study, researchers used mice with a PKU mutation and put them on high protein diets. Mice that took the bacteria had lower levels of phenylalanine in their blood than the mice who did not by 38%. For the monkey study, researchers also used monkeys with PKU mutations and put them on a high protein diet and also found higher spikes of phenylalanine in the blood of monkeys who did not take the bacteria than in the blood of the monkeys who did.

It’s great to see that there is an advancement in the way medicine works and that there are new and alternative ways to help people with diseases. Because gene therapy showed unsuccessful results with curing patients diagnosed with PKU, it's astonishing to see that scientist continued to take alternative routes to try to find another way to help.