Mutation Found to Protect Against Diabetes and Extend Life 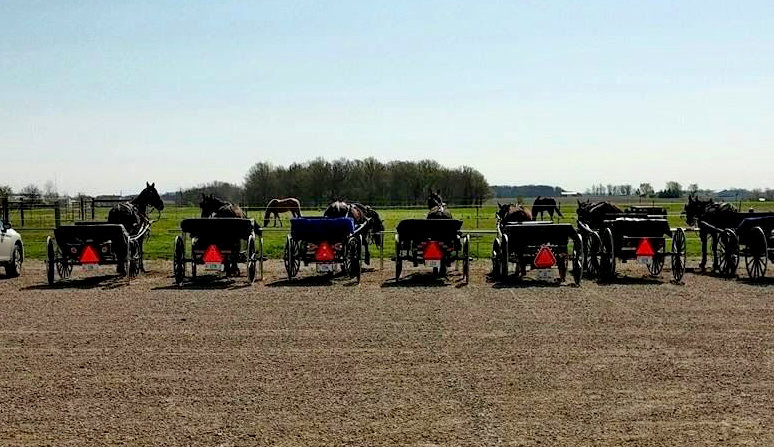 The article Amish Mutation Protects Against Diabetes and May Extend Life by Anahad O'Connor is about an Amish community in Indiana that has developed an unique genetic mutation that protects the carrier from developing Type 2 diabetes. Later studies also found that the genetic mutation expands the life span of the carrier by a significant amount. These finding shed new light on the topic of cellular aging and open up a future for new therapies for chronic disease. Researchers plan to recreate the effects of the mutation and then testing it on people with insulin resistances to see how they react.
The mutation affects the protein called, plasminogen activator inhibitor-1 or PAI-1, causing there to be low levels of PAI-1. Dr. Vaughan, a cardiologist at Northwestern Medical School, found a link between the mutation and aging. He found that mice that had been genetically engineered to produce low levels of the protein had higher rates of heart attack at a young age, balding, and aged at a faster rate. Much higher rates of diabetes and early deaths due to cardio vascular disease has been found in people with higher levels of PAI-1 in their bloodstream. Dr Vaughan and 40 researches were able to study the amish community in Berne who genetically produced low amounts of PAI-1.
They performed thorough testing on 177 members of the community. The article reads, "The researchers pored over birth and death records and took extensive genealogical histories. They drew blood, did ultrasounds of their hearts, and rigorously examined their cardiac and pulmonary function."
One huge discovery the study found, was that carriers of the mutation lived on average to 85 while members of the community that did not have the mutation lived on average to 75, 10 years less than those with the mutation. Also, the rate of diabetes in members with the mutation was 0% while the rate of diabetes in those without the mutation was 7%. Carriers were found to have about 28% lower levels of insulin than their peers and had better cardiovascular health. One really interesting discovery was that members with the mutation had 10% longer telomeres, the protective tips of the chromosomes that are connected to longevity. I think this was a very interesting study to be done that could lead to advancements in the medical field. Since diabetes is a large cause of death in the United States, further research into this mutation and the plasminogen activator inhibitor-1 protein could be hugely beneficial.