Polygamy in Utah is resulting in higher rates of recessive mutations 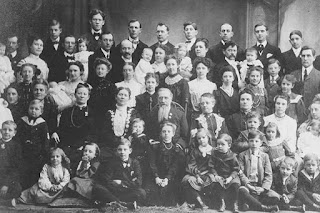 In the 1930's several Mormons were being denied their, "religious right" to practice polygamy in Salt Lake City. Several families decided to relocate to a secluded area, called Short Creek, on the border of Arizona. It was here they were able practice their beliefs and traditions with a lower risk of legal repercussion.

Today this area is called Colorado City, Arizona and Hildale, Utah, and the population is starting to exhibit interesting mutations. Polygamy has a direct impact on the genetic diversity in the community. This occurs because a few men have a disproportionate impact on the next generation. Also because the average man takes 3 wives, that means 2/3rds of the males are forced out of the genetic pool, restricting possible alleles further. In 2007 it was found that 75-80% of the towns population were related to the two founders of Short Creek, Joseph Jessup and John Barlow.

Fumarase deficiency is typically rare because it is recessive. This gene has been traced back to Joseph Jessop, and his wife. Their daughter went on to marry the other founder, John Barlow. Today fumarase deficiency is believed to be carried by thousands of people in Short Creek.

While polygamy allows a population to increase much more rapidly, it does tend to limit the gene pool. Eventually a community will inbreed. Scientists are able to view this phenomenon as an opportunity to understand the relationship between recessive mutations and disease. This occurrence is actually rather similar to our fruit fly experiments. By breeding recessive mutations repeatedly the population experiences decreased fitness.