The Musicality of Genetics

When Bartolomeo Cristofori invented the first Piano in 1655, music would forever be changed. The complex hand-eye coordination and muscle memory needed to play the piano is unprecedented and takes years to master, let alone learn. It is thought that the ability to learn, play, and understand music was genetically inherited; that the musically inclined have a gene needed to play such classics such as Bach and Chopin. 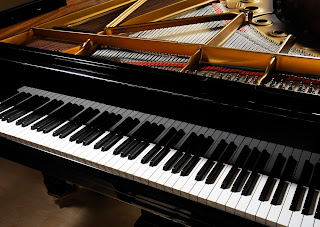 Dexterity and music ability are not necessarily inherent. One study found that about 50% of a 224 sample were found to be musically inclined. They were given standard musical aptitude tests that were designed to identify musical pitch and tone. Such an ability may seem trivial, but genetically, it can be found in almost anyone ranging from complete amateurs to people who have a background in music. Several DNA sequences were actually identified from the study and were correlated with music ability. One such sequence involved the hairs within a human ear in which vibrations could ascertain different pitch and sounds. It is still not conclusive to say genetics and music are inherent, since I play multiple instruments, and my family family struggles to even understand what they hear, but some generalizations on nature rather than nurture can be made.

Link to Further Research on Music Ability
Posted by Miguel Borbon at 7:01 AM