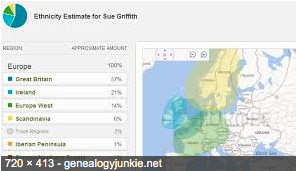 Over the past 5 years, there has been a surge in people wanting to get genetic testing. Some people do it to see exactly which countries they are from. Knowing and understanding your culture and heritage plays a vital role in how you view yourself. Others, primarily those with a familial history of disease and parents, do it for health and medical purposes.

Those who have a prevalent history of diseases should definitely get genetic testing. Not only can it be vital to their health, it can also let parents trying to conceive know if their children will have any health risks. There was a case with a woman who struggled severely with her cholesterol even with proper dieting and prescribed medication. Through genetic testing, she realized she actually had hypercholesterolemia, a disease that produces mass amounts of cholesterol. This prompted doctors to do follow up testing leading to the discovery of life-threatening blockages in three of her coronary arteries. Had it not been for genetic testing, she would have most likely died. Couples who are trying to conceive also have reason to get genetic testing. For example, in the Jewish community, there is a 1 in 27 chance of an individual being a carrier of Tay-Sachs disease. There are many other genetic diseases with odds being the same and higher. The best thing for a Jewish couple to do is to get genetic testing to see the potential odds of their baby having a genetic disease.