Researchers from the University of Chicago Medical Center, have taken their research focus on the flu influenza virus one step closer to solving the current medicinal problems facing the medical supply companies today, anti viral drugs. The flu is one of the most common viruses to infect tens of thousands of people who have either never had the flu before, or have had it and now are running through its long course once again. The researchers at the University of Chicago Medical Center wanted to tackle one specific problem known commonly when it comes to any form of the flu virus, the drugs that are administered to either prevent the virus from occurring, or the drugs that are to help relieve the symptoms of the flu since, there is no vaccine that cures you from the flu. The common problem in this day and age is these vaccinations are losing its affect, not necessarily because the vaccine itself is weaker, but because over the years the flu virus has grown to either become immune to certain properties inside the drug, or no longer be as harmed by the drugs themselves. This, as you can see is a very big problem, as vaccinations is the primary form of protection from contracting the virus, and if this and other anti viral drugs begin to not attack the flu virus as strong as it did in previous years, there could be an extensive growth in the number of people who contract the virus. 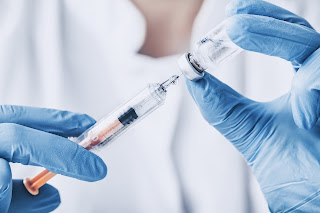 The researchers at the University of Chicago Medical Center took this opportunity to explore what other information could be collected to help in developing more anti viral drugs to withstand the flu virus. The researchers were amazingly able to develop their own genetic screening tool to that allowed them to clearly identify factors that allow the flu virus to infect a person's lung cells. By exposing the cells to the H5N1, commonly known as bird flu, two genes stood out as having similar properties in common among one another. The first gene was SLC35A1, which encodes for a protein to develop a receptor for the flu on the cell, which is extremely important considering if this gene did not exist, the flu would have no attachment point. The other gene is called CIC, which helps shut-down the cell's immune system to foreign invaders, like the flu. This specific gene was a very interesting find, as this gene is located in the host's body, and helps foreign viruses like the flu, open access into our body's cells. This is a very important finding that the researchers were able to conduct and pinpoint two genes that aid in the flu virus's attack, because by knowing this, future anti viral drugs can be developed to disrupt these passageways, and thus preventing H5N1 or any other virus from getting into our body. In my opinion, there needs to be further research done on this topic, on these specific genes, because knowing that CIC and SLC35A1 provide a latch and passageway to the cell, is the first step in finding out how to develop a drug from the current available drugs we have to stop the connection from occurring.

For information on the University of Chicago Medical Center's programs and medical research: http://www.uchospitals.edu/index.shtml
Posted by Unknown at 11:40 PM