We’ve always felt a special connection with our friends, but could that connection be due to more than just common interests and shared experiences? Well studies conducted at Stanford, Duke, and the University of Wisconsin, suggest that we might share more genetic similarities with our friends than the average person. The long-term study from which this claim arose, was conducted by running genetic comparisons between 5,000 pairs of adolescent friends tracked from the age of seven up until the 12th grade. 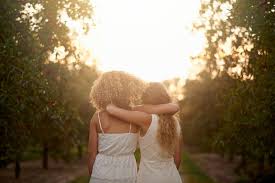 Overall, the data showed significantly higher genetic similarities between friends than between two random individuals. Additionally, around 2/3 of the friend pairs studied, exhibited about the same amount of genetic similarities as married couples, which have already been proven to share a fair amount of genetic parallels due to trends of human attraction. This study and others like it, have further increased our understanding of the implications genetics has on our social interactions and constructs. Thus, we begin to realize that those individuals and social setting we find ourselves surrounded by, are often unconsciously driven by attraction to similar genes.

For the original TIME magazine article use this link: http://time.com/5095903/genetic-similarities-friends-study/
For More information on how genetics can play a role in spouse selection check out this link: https://www.sciencedaily.com/releases/2017/04/170406143920.htm