Can Environmental Observation be Genetic?

Can Environmental Observation be Genetic?

Indiana University collaborated with researchers from the Karolinska Institute in Sweden to study the link between movement of the eyes and genetics. Eye movement was compared between 466 children between the age of 9-14. Of these children, there was 233 pairs of twins, 119 were identical twins and 114 were fraternal twins. While using eye trackers the children looked at 80 snapshots of everyday scenes. An eye tracker can either be remote or head-mounted, they have an infrared light source and a camera. The camera tracks the reflection of the infrared light along with visible ocular features. The recording is used to infer the rotation of the eye and the direction of the gaze. Sequences of eye movement such as timing and space assessed too. The study found a strong similarity in gaze patterns within sets of identical twins. Fraternal twins also share commonalties in eye movement. Because of the in robust resemblances in twins` eye movement, researchers can infer that genetics play a role in gaze. With a given gaze pattern of one twin researchers can identify the sibling in a series of individual’s eye movement data. Since sight is a major source of input from the environment, the way our eyes movement is a strong indication of how we explore environment. I found this article interesting because it combines genetics and behavioral neuroscience. Also, the article stated that the researchers were creating “gaze fingerprinting” which is another way for an individual understand how others perceive the world. Another interesting idea is that siblings could possibly be looking at the world in similar ways which creates a bond among families. It is also a nice idea to think about, that someone else looks at the world like you do. Another reason I found interesting is I used eye trackers before to see how my eyes moved while I read. The results were very interesting. It is weird to see how your eyes are really moving compared how you thought you were moving them. Through this experience I realized that a lot of eye movement is unconscious. This unconscious component of eye movement could be due to a genetic component. 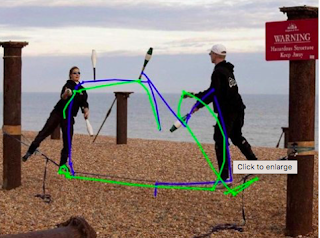 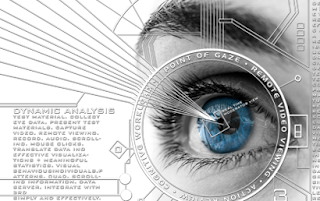 Posted by Katie McLaughlin at 4:00 PM